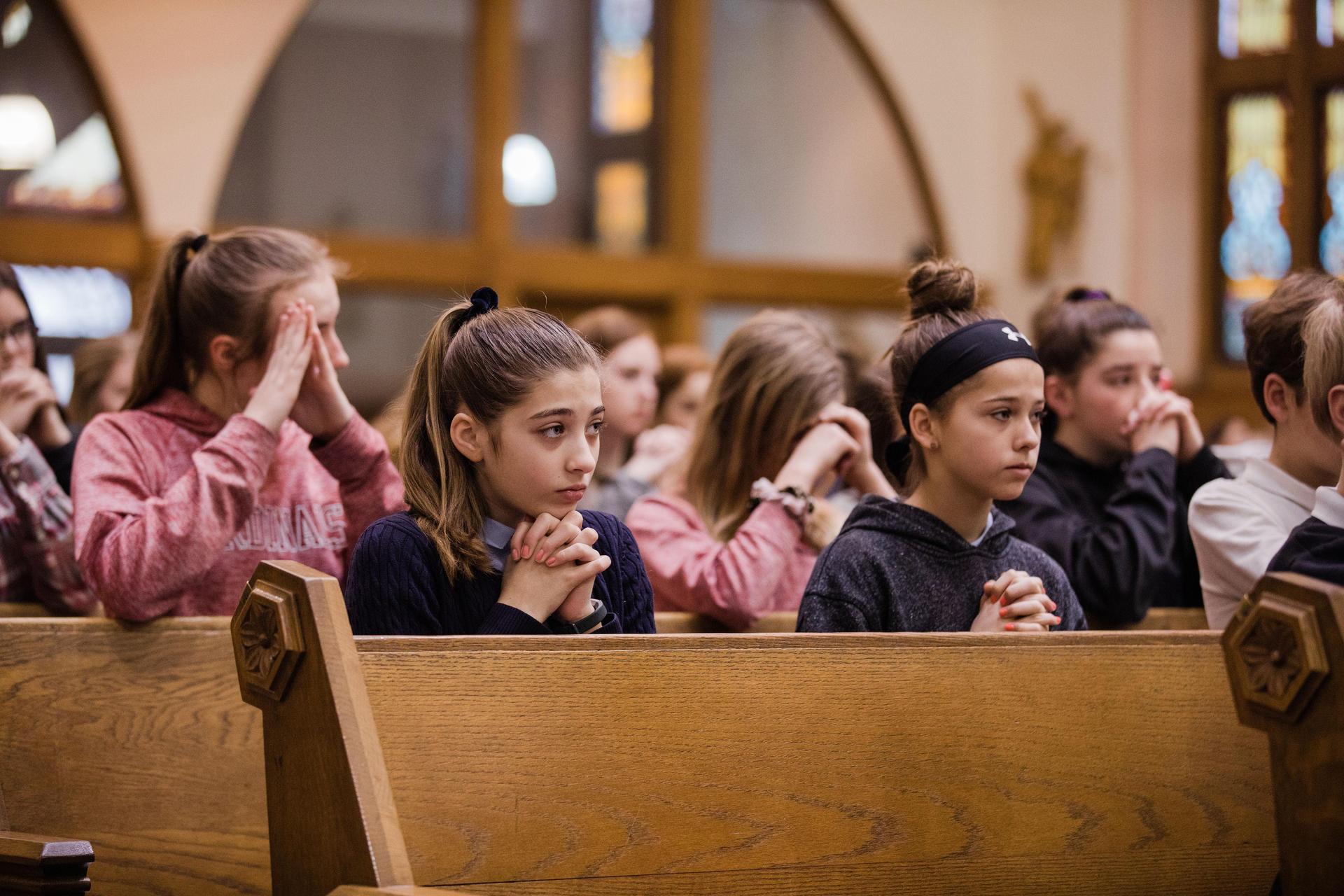 The history of St. Louis Catholic School extends back over 140 years, beginning with a humble schoolhouse built in 1871 for $5,000. The brick building, boasting four classrooms and a belfry, was heated through the winter by pot-belly stoves. The upstairs portion of the building served as living quarters for the Franciscan sisters from the Oldenburg community, who taught four grades in the newly constructed school. Since most of the ancestry of the parish could be traced to Germany, German was the “mutter sprach” (mother tongue) of the parish until 1907.

By 1915, the number of students at St. Louis School topped 200, so the parish began making plans for a new school with seven classrooms and an auditorium as well as a kitchen, dining room, and other auxiliary rooms. The new $150,000 building was dedicated on November 25, 1923.

Over the subsequent 30 years, enrollment swelled to over 350 students, so in 1952 a $120,000 annex was added, complete with a principal’s office and classrooms to accommodate eight grades. By the time enrollment reached a record 609 students in 1962, some of the junior high classes were meeting in the newly added (but not completely finished) addition, a $200,000 project that contained six classrooms, two libraries, a science lab, and an audio-visual room.

In 2000, we completed a $1,000,000 addition that added six more classrooms and a 500-seat gymnasium. There are 19 classrooms for students from kindergarten through eighth grade.